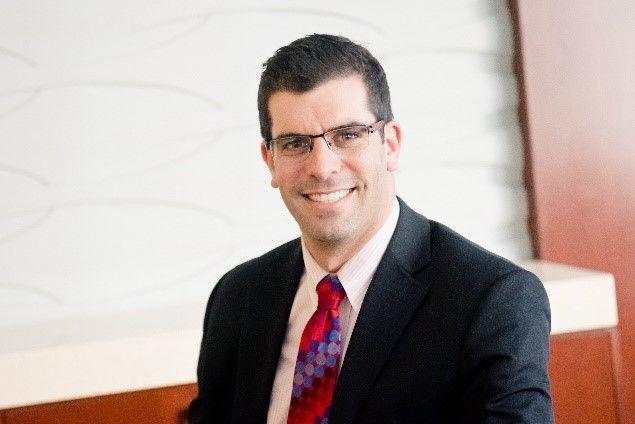 When Benjamin Gottlieb opened his own law firm a couple years ago, he was just 31.

The firm, which focuses on commercial and real estate litigation, started simply with Gottlieb and his partner, Patrick MacQueen. Now it has eight dedicated attorneys and six professionals.

His success has not gone unnoticed: Gottlieb was named a Super Lawyer Rising Star two years in a row.

What made you want to be a lawyer?

I was always really close with my father and he was a lawyer. Ultimately, he went into business, but he always left me with a positive impression with his experience in law school. He said that it changed the way he looked at the world and it helped him develop his analytical skills. He could always look at a problem or a situation and see both sides of the issue.

You’re from Michigan originally. How did you end up in Arizona?

My older brother went to ASU as an undergrad and I remember coming out and visiting him in March every year he was in school. Now I take the weather for granted, but coming from Michigan back then it would be like 82 degrees every single day and there wasn’t a cloud in the sky. I kept thinking it was beautiful out here.

And then one year while I was visiting my brother, I attended a constitutional law class at ASU’s law school. I was extremely impressed with the professor and the students. Everyone seemed stimulated and happy; I got a really good vibe from that experience.

So with the combination of great weather and the experience in the class, I applied to ASU and got in.

You were recently involved in a lengthy trial regarding water law. What was that all about?

Because of my reputation in the community, we generate new clients that span the whole real estate gamut. That was a case that dealt with two neighbors that live in the base of South Mountain. My clients had their home flooded due to a wall their neighbor had built. When it rained there would be a whole lot of water that flowed down the mountain and it would flow across both properties, but because the neighbor had built a wall, all the water was diverted and flooded my client’s home.

That was an interesting trial because I probably learned more than I wanted to about hydrology and water engineering. It got extremely technical in terms of analyzing rainfall data and forecasting how water flows based on topography.

It got pretty dry, but part of my job was to make it fun and interesting for the jury, so I really enjoyed the experience. I became a water law expert through that trial, because in Arizona it’s illegal to divert water.

Developing that very specific expertise is necessary in order to be effective in the courtroom, right? What keeps you motivated?

That is the essence of being a trial lawyer; every case has its own nuance and you add your own experts to each case. You really do have to be adaptive and become an expert. That’s why I love the job so much. Every new case is different and you get to sink your teeth into it.

What keeps me motivated is, for one, you have the pressure of performing well for your client, but you also care for them and want to do well for them. The only way to do that is to become an expert on the file and create a better case to persuade the other client to settle, or persuade the jury to make the decision to favor your client.

What was your goal when starting the firm?

If I were to be 100 percent candid with you, I don’t think in a million years we ever thought — well, maybe MacQueen did and if he did, he never told me — that we would be an eight-lawyer firm in just three years. I think we were just hoping to get enough work so we could pay the utility bills and the rent.

It just started with me and MacQueen and one paralegal. We knew we had good marketing abilities and were liked by clients, but I think we were just trying to survive when we first opened.

How did you two meet?

MacQueen and I worked at a boutique law firm called Combs Law Group. We did really well together there and became partners at that firm. The two of us basically started to build a book of business and it was growing pretty rapidly. One Saturday afternoon on the golf course we just decided that we should try opening our own firm.

What’s the future for the company?

We’re looking for continued growth. Right now, we feel like the top real estate firm in both Phoenix and Arizona. We just want to continue to build on that and continue to grow our presence in the both the non-legal and legal communities.

What’s a perfect day off for you?

I was a very competitive golfer when I was younger and the captain of my high school golf team. I almost got onto Michigan State’s golf team, but they were so good, I didn’t quite get in. When I got to law school, it took a back seat for everything else, but lately I’ve been getting back into it, and I’ve been playing in golf tournaments again. A perfect day for me is playing in golf tournaments.

But I have three boys aged 5, 2 and 7 months, so the phrase “spare time” is paradoxical. I’m just always with my family and I love spending time with my kids. They’re a lot of fun and I love teaching them new things. My son Asher just had his baby-naming ceremony at Temple Emmanuel. JN