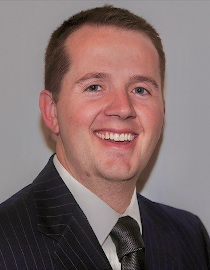 Born and raised in Arizona, Devin M. Tarwater joined MacQueen & Gottlieb, PLC in 2020. Tarwater comes to M&G from an Arizona based law firm where he handled a variety of both litigation and transactional matters, primarily in the areas of business and real estate law. Prior to beginning his legal career, Tarwater worked at one of the nation’s five largest brokerage firms as a registered agent.

Tarwater earned his Juris Doctor from the Sandra Day O’Connor College of Law at Arizona State University in May 2015. While at ASU he tried several criminal cases to verdict as a Rule 38 certified practitioner with the Phoenix Prosecutor’s Office, and he worked as an intern with the Arizona Diamondbacks, the Arizona Department of Gaming, and the Arizona Attorney General’s Office. While a student at ASU, he gained valuable legal experience by participating in national negotiation competitions and by participating in ASU’s annual Jenckes Cup Closing Argument Competition, where he finished as a finalist.  He is licensed to practice in both Arizona and Utah, as well as before the United States Supreme Court.

He completed his undergraduate studies with a double major in 2010, earning Bachelor of Arts degrees in both Economics and Italian from Brigham Young University.